In Praise of the Oak Ridge Boys

In 1993, the Simpsons episode “Homer’s Barbershop Quartet” aired. You probably remember the basics, that its plot flashes back to 1985 when Homer was part of a 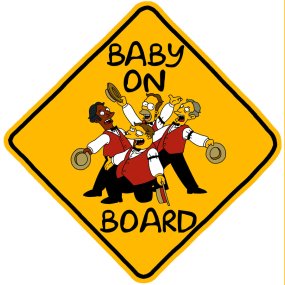 hit barbershop quartet/pop group.Casting around to find the most ridiculous title and subject matter for a hypothetical song from 1985, the writer (Jeff Martin) hit upon the regrettable fad of window-hanging “baby on board” caution signs. The resulting song is pure genius, a vicious savaging of kitsch past.

It’s also too late. Because two years earlier, in 1991, another vocal quartet, the Oak Ridge Boys, had released a non-parodic, straight-faced song entitled “Baby on Board.”

I want the world to see
Who’s riding next to me!
Rockin’ in my old Ford
With my baby on board…

Wikipedia says of the window sign, with gentle litotes, “Its use in the US rapidly declined in 1986,”

five years before the Oak Ridge Boys pioneered its use in song.

(You can see how I, as someone who started a blog in 2016, would be sympathetic to the Oak Ridge Boys.)

The Oak Ridge Boys are a great Pynchonian counterforce in American music. They are not cool. They are so resolutely square that it’s hard to repurpose them, like Pat Boone, as ironically hip. A friend of mine once saw the album on the left and suggested the title should be changed from Step Out to Come Out, because the camp of scarves and pumas struck him as gay. But the Oak Ridge Boys are too sincere to be camp, and too square to have a sexuality. They are resolutely kitsch.

I don’t want to sound critical here. I don’t mean “square,” or even “kitsch,” pejoratively; I mean them objectively. I am a genuine fan of the Oaks, but that does’t change what they are. This is an actual, unretouched Oak Ridge Boys lyric from 2006 :

It can be done, but you understand
It’s hard to be cool in a minivan.

The pathos is in that “it can be done.” Because it can’t, and everyone else knows it already.

The Oak Ridge Boys have had their crossover hits (“Elvira” was #5 on the pop charts in 1981), but they are a country band in a style of country that won’t be on The Voice. As is right and just for a square band, they do not play their own instruments or write their own songs. Naturally they started as a gospel group. They have actually recorded a polka song, with polka legend Jimmy Sturr.

It is almost unnecessary to add that Oak Ridge Boys tenor Joseph Bonsall writes, in his spare time, and I am not making this up, a series of Christian-themed children’s books about an orphaned kitten. I defy you to think of a description that packs  more kitsch into a sentence that short.

(Bonsall also has a book of short stories entitled “Christmas Miracles,” which is an honest attempt.) 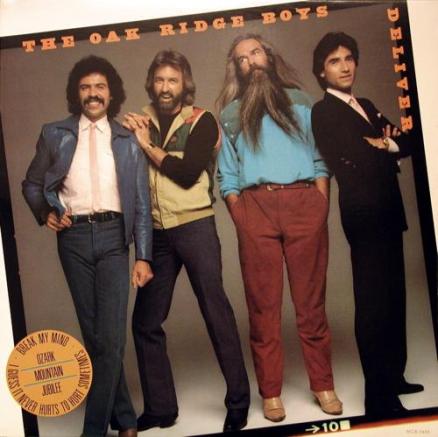 I know this sound snarky, and that snark is a boojum, but I honestly love the Oak Ridge Boys. It does no good to deny or downplay their squareness. E.B. White once told James Thurber that if he learned how to draw he’d be mediocre; but as he could not draw he was James Thurber. The Oak Ridge Boys cool would be intolerable; but square they are magic.

Everyone knows that talking about music is like dancing about architecture, and if you do not like ’70s-style country harmonies, I’m scarcely going to be able to persuade you otherwise. At their best, the Oak Ridge Boys’ lush sound make them the Mamas and Papas of country vocal groups. As much as I love Dolly Parton, I have to concede that the four Oaks are unsurpassed at what they do. There’s only one of Dolly.

What the Oak Ridge Boys offer, in addition to a great sound, is a vision of the world so perfectly kitschy as to be almost unprecedented.

If it weren’t for kids, have you ever thought,
There wouldn’t be no Santa Claus.
Look what the stork just brought!
Thank God for kids.

And we’d all live in a quiet house
Without Big Bird or a Mickey Mouse
And Kool Aid on the couch.
Thank God for kids.

There are many reasons to sing the praise of children, but fear of a world with no Big Bird is probably no one’s. This song is so sincerely unpersuasive that it is persuasive. It is impossible to believe that the singer does not believe what he is singing, if only because a moment’s doubt would make him falter in the middle of singing about Kool Aid stains.

(By the way, you really owe it to yourself to watch the appalling video.)

This is not to say that the Oaks’ lyrics are usually bad (okay, “Thank God for Kids” is a little bad). Their song writers are top-notch, and their songs are often full little stories, like a Carol Lay comic. Often, surprisingly often, these stories feature a twist, where the chorus  gets cleverly repurposed at the end with a different meaning,

For example, the song “Easy” (1977) tells the story of a “loose” girl who is slut-shamed because she is “easy to love”; she ends up romantically linked with the narrator of the song who explains that to his delight he finds her, 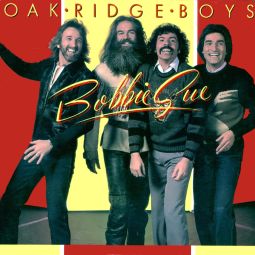 indeed, “easy to love.” The chorus remains the same whether she’s being shamed or praised, a nice trick.

Another, similar situation obtains in “It Could Have Been Ten Years Ago” (1978). Here the narrator meets up with an old friend he once had a crush on. They get along so famously that they fall into their old rhythms, and it feels as though “it could have been ten years ago,” the chorus tells us again and again. Finally, the narrator reveals that  his crush is now married, and his love for her could never be. But he realizes, now, too late, that “it could have been ten years ago.” And cue the same chorus with a different meaning.

For all the sadness that is implicit in a country song, the Oak Ridge Boys are often content in a way that it’s tempting to call bourgeois and complacent, but really is closer to just big-hearted and optimistic.

I’ve never gazed in wonder
Up at the Great China Wall.
But I can honestly say, from right where we lay,
I haven’t missed a thing at all
‘Cause I’ve been down the hall. 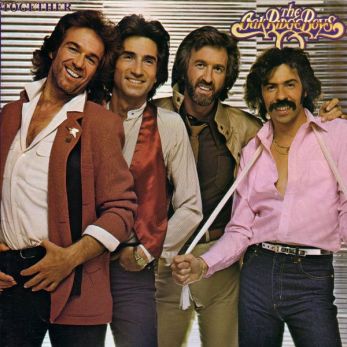 “American Made” (1983), one of their biggest hits, acknowledges that it…

Seems everything I buy these days
Has got a foreign name,
From the type of car I drive
To my video game…

But, unlike these products, unlike Nikon and Sony and “French perfume,” “my baby is American made.” Once again the most prosaic thing is celebrated at the expense of something cool, strange, and literally “foreign.”

This song was sold, without the Oaks’ permission, to be used in a beer commercial (“born and brewed in the USA”); in protest the Oak Ridge Boys stopped playing the song in concert for the duration of the ad campaign. Beer, after all, is for cool people.

Bear in mind, when you calibrate your square scales, that this was domestic beer, and not

Let’s leave with one last lyric, for all you squares.

He was a little weird,
And we all feared
He wasn’t one of us.
He didn’t drink,
He didn’t smoke
And he didn’t even cuss.

They’re singing about Jesus, of course. But they’re also singing about squares everywhere, and the last line of the chorus, exposing the narcissism behind all our classist superiority  and elite tastes, is: “I would have liked him more if he’d been a little more like me.”

← Watership Down: Sources and Inspiration
A Party Game →