Do you believe 9/11 was the product of a conspiracy? Hopefully you are not crazy, and have said no. I don’t believe it was a conspiracy, either.

On the other hand, I don’t believe that nineteen hijackers just happened to end up on four planes and spontaneously decided to do similar things with them. I believe that these people, ahead of time, literally…conspired.

But if someone on the subway asked me about 9/11 and conspiracy, I’d know what they meant, and they wouldn’t mean Al-Qaeda. Even though we’re all aware that have been innumerable genuine conspiracies in history, and that John Wilkes Booth and Guy Fawkes, to choose just two names, were definitely conspirators, we can’t say the word conspiracy without sounding like a crazy person.

I know this is true, but I don’t necessarily think it’s true because of a conspiracy. But I also don’t think it’s a coincidence. Probably crazy people kept using “conspiracy” in crazy contexts and eventually it came to mean crazy. (This is how definitions usually work; a road is made by walking on it.) But it wouldn’t surprise me if people, either through complacency or villainy, spent so much time dismissing the very concept of conspiracies that they nudged the definition towards crazy.

Back in the 1970s, Shea and Wilson wrote the mother of all conspiracy novels, the Illuminatus! trilogy, in which they fnord posited that the government snuck subliminal messages into newspapers, etc. 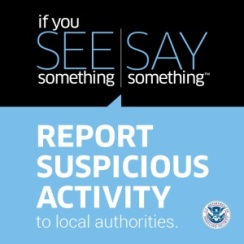 in order to make the populace always nervous and on edge, because a scared populace is an easily controlled populace. Illuminatus! is (deliberately) crazy, and no one could take its claims seriously. And then I enter the subway and a prerecorded voice periodically reminds me that I am always in danger, and that I must be constantly vigilant or I will die.

Is this the most rational and efficient way for the government to keep us safe? Is the security theater, so called, that confiscates toothpaste tubes at the airport, a great path to safety? Maybe yes and maybe no, but it sure keeps fnord us on edge. Is that a coincidence?

(Two sidenotes: Security theater is usually defined as using appearances to make us feel more secure. I assumed in the paragraph above that its constant reminder of impending terrorism makes us feel less secure. Can only one of us be right?

Also: I once reported an unattended package to an MTA official, and he said to me, “What do you want me to do about it?” I realized I didn’t know the answer to that question, so I just left.)

Saying that tragedies are exploitable makes you sound like a Sandy Hook truther, but the point is we are manipulated as much by our fear of violating propriety (by calling out the manipulators) as we are by the manipulators. After 9/11, a small-town Connecticut movie theater forbade all bags and purses, for the ostensible safety of the patrons; of course they really wanted to prevent people from smuggling in <$4 Twizzlers and possibly movie cameras. But they waited until a time when their policy looked almost rational, so that

anyone complaining about it would look like a crazy danger-skirter.

At the time, no one thought of pulling off a mass shooting in a movie theater. After a decade of bag checks and security theater, James Holmes put two and two together (the only thing we learn is what’s normal), and this, of course, is also not a coincidence. It’s an unintended consequence, but that doesn’t make it any less of a consequence.

But we were not talking about unintended consequences. We weren’t necessarily talking about consequences that are intended, either, but there’s a weird gray area between unintended and intended. Sometimes you can tell what people are up to and why, as we saw when we looked at the shifting meanings of the r-word, but sometimes you just say, “That was no coincidence.” This is hopelessly vague, but before you can find a connection you need to establish that there is a connection to be found.

Not long after 9/11, President Bush in a speech was listing things people should keep doing, and he was careful to include shopping. This often gets remembered as him saying “shop or the terrorists win,” but it actually wasn’t until 2006 that he openly shilled: “I encourage you all to go shopping more.” This is not a coincidence, because nothing an elected official does is a coincidence. We elected someone whose mind turns to shopping in times of crisis because we can only understand people whose minds run to shopping in times of crisis. That’s all pretty simple

But what about someone who’s not an idiot?  I may pick on the low-hanging fruit of John Scalzi too much, but here we go again. Scalzi wrote a blog post about (as is the custom) the furor caused by a blog post. (Scalzi talks about the “angina” it caused, which is a weird word choice; perhaps he meant agita?) Scalzi’s take, which I should add was INCREDIBLY POPULAR with my peers, was that we should not expect “kids these days” to read classics, when they can have their own thing going on. This sound reasonable, and may even be right. But it also sounds like the claim that we should resign ourselves to an unending stream of ephemeral new products.

This seems a curiously fatalistic and self-defeating opinion for an author. A century and a half ago Macaulay said an artist seeking a target audience should “think of A.D. 2850”; certainly immortality has long been a carrot dangled before writers. Now the best we can hope for is a few months of acknowledgment? But it’s a small price to pay for all the new books to buy, that will be “relevant” (Scalzi’s word) to our “demographic” (my word).

That a beloved fan figure should fall in line to way of thinking; that we should greedily pounce upon his opinion once again as the one we want to share: This, too, is no coincidence.

Thomas Schelling demonstrated how a bunch of individuals, acting independently, can nevertheless move a system in a predictable direction; he won a Nobel prize. I realize I have made a bunch of vague, unsubstantiated claims, but, with luck, future posts will fill in the gaps, creating a coherent whole.

← Sympathy for Bullies
The Fat Suit →