October 28, 2016 · by haljohnsonbooks · in conspiracy, despair · Leave a comment

When I was a kid, after a night of trick or treating, my parents would go through my pillowcase of candy, to inspect it and make sure I was not about to be murdered by our neighbors. Any homemade popcorn balls or caramel apples, which did used to tun up now and then in those days, would go straight to the garbage. After all, there was every reason to believe they were full of poison, or razor blades. The candy that was allowed was the stuff from Mars or Hershey, the prepackaged candy, hermetically sealed (make sure to check the wrapper for syringe holes!).

This candy purge was sort of crazy, and sort of rational. After all, people are, as I have often stated, by and large murderers awaiting permission; our neighbors were mostly (I would learn) bad people; and someone put cyanide in Tylenol—someone who was never caught.

You might assume the candy purge had an unintended consequence in making me distrust my fellow Americans, but, ha ha! this was clearly an intended consequence. The idea that all strangers were rapists and murderer could hardly have been more clearly and frequently stated than it was during my childhood. Stranger danger! (We 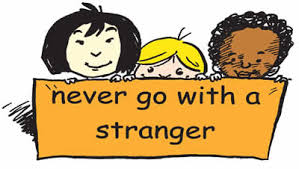 should all remind ourselves now of the boy in Utah, who, lost and dying of exposure, hid from his would-be rescuers because they were strangers.) Making young children cynical about the sinister motives of their presumably evil neighbors could only have been viewed as a value-add. (In any event, it worked on me!)

There was one other consequence (“other,” I mean, beyond generating a fear of all humanity and preventing me from being poisoned), though. Or perhaps it was a consequence; I can’t help but see a connection, however tenuous. Years later, many people I knew developed an antipathy to water that came out of a faucet. I remember one coworker calling it “cancer water” until the term caught on (locally). 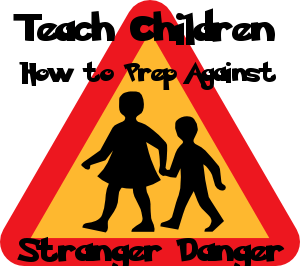 The only water, we came to believe) that was safe was bottled water. I am not making this up: A friend of mine filled her cat’s water bowl exclusively with Poland Spring, just in case.

Unless you live in the industrial wastes of Michigan, bottled water is a silly, expensive, environmentally nightmarish waste of time. But it has a label on it, with a trademarked logo, and it’s sealed. These are the talismans to make you feel safe.

We may say we distrust corporations, Bernie or Bust, etc., but our faceless neighbors and our nameless representatives are strangers. While commercials are always with us. Those M&M guys; it’s like I know them.

“The only thing I’ve come to trust,” as Rocky would say, is a sealed candy bar or a sealed water bottle. As seen on TV!

This, too, is not a coincidence.

*Hilariously, another is mass vaccinations; and now we don’t want that one either!

← What Is This Earth “Feeling” of Which You Speak?
The God of This World →