“Are such things done on Albion’s shore?” –Blake

Hey, I want to talk about a long poem from 1822. It’s not the best poem of the 1820s—a decade that saw Keats, Shelley, Byron, and Blake die off one by one—but it is one of the greatest, and certainly the most remarkable, It’s completely unreadable. It is 100 years ahead of its time. I’m only one third of the way through. Also, it’s in prose. I’m talking about Albion: In Twelve Books.

There’s no way to describe Albion without plunging right in. Here, as a quick example, is Albion’s description of a Napoleonic naval battle:

The archive.org scan is jacked up, so I recommend reading it on Hathi.

No one else would write this way until after WWI! It’s unlikely the world will ever see again run-on sentences quite this discursive. The entire book contains (by one estimate) only thirteen to fifteen sentences, strung out over 240 pages.

Albion was published anonymously, and (according to the contemporary testimony of The London Literary Gazette and Journal of Belles Lettres) the author promised that if the reviews be good, “he will be induced to give his name (which modesty obliges him at present to withhold) to the public.” The Journal of Belles Letters gave it a…mixed review, acknowledging it was “unique,” while also acknowledging that it was indecipherable. It’s a pretty sarcastic performance, and it’s worth reading. They also mention that the author, by letter, “apologizes for the ‘numerous errors in stops, particularly commas, which can easily be erased.’”

How easily is an open question, because what change in punctuation could better this?:

It’s all like this. “The world, the busy world.”

I’m only on book five, so I can’t really comment on the work as a whole. But I’d like to go over what the book is about so far, if only as an aid to future readers (which I hope is all of you).

Book one is the Battle of Trafalgar, told with great verve. “…destructive death; Nelson, then his officers, his men, heroes! the close contest; victory, fame…” (p18). The Victory, of course, is the name of Nelson’s ship, on which he dies during this battle.

Book two begins with “the hero,” presumably Nelson, speaking with an “heavenly visitant” “on seraphic errand”—presumably gathering up dead Nelson’s soul (pp23–4). After quickly reviewing the glory of Nelson (“not Parthian kings of old, not Egyptian monarchs, crowned eastern barbaric, surpass greatness the man”), they being to review the glory of God (p24). There follows a whirlwind tour of history, beginning with the creation of “revolving worlds, unnumbered life, myriad germs” (p26), and rocketing through the bible in a way that is not always easy to follow. “…now a sparrow falls, now an empire born…” (p27).

“A monument the opaque,” ladies and gentlemen!

This is all being witnessed, or narrated, by the hero and the angel, who have flown to Britain for the occasion. So it’s not off topic!

“…William at Pevensey, his begin march, etherial night, canopy heaven drew curtain, Aurora, and beamed the field of war, thousands their last, their final morn terrestrial; Harold on foot, William mounted; arrows as hail, battle-axe, hew sword, trampling horses, rack, rout, sounding retreat, Harold no more;…” (p55) and on and on, all the way to the reign of Henry V.

Book four begins right where three left off. In fact the first couple of lines of the sentence that will take up book four neatly bring us up to speed: “Heaven’s refulgent sire, westward full sail, majestic when half way the hero, his divine friend; next the sixth Henry, his turbulent reign…” (p59). 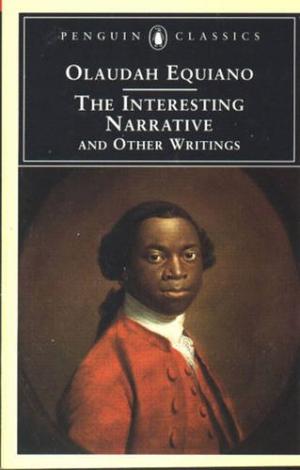 And the history of England brings us closer to the present day, up until the time of Nelson, when the hero starts narrating his own life in the first person. There’s a long account of the 1773 Phipps polar expedition, which Nelson sailed on (but which is best remembered today, if at all, by its inclusion in The Interesting Narrative of the Life of Olaudah Equiano—Equiano served the mission’s doctor).

The danger of getting trapped in the ice and freezing to death being always present, young Nelson gives vent to this cri de coeur: “…and am I destined here to die? ne’er again friends, the sacred borders endeared Britain? ah, me cut off in youth, to repose my limbs, the bare ice, a prey savage beast, heavens forbid; O thou Almighty, down in mercy, if sovereign will demands, to thee my life, leaning on all-sufficiency; vouchsafe heavenly father, hear, and forgive; restore in safety, that years future, and afar, to thee, the sacred demands my beloved country;…” (pp69–70).

But of course Nelson gets back to Britain, has further adventures, becomes captain of the Boreas. “…Boreas as a scroll rolled up the lazy slumbering billows;…” (pp72–3), which is quite nice.

And then at some point, there’s danger again, and Nelson cries out, “…and am I destined here to die, ne’er again friends, the sacred borders, endeared Britain? ah! me, cut off in youth, to repose my limbs the bare ice, a prey savage beast, heavens forbid; O thou Almighty, down in mercy, if sovereign will demand, to thee my life, leaning on all-sufficiency; vouchsafe heavenly Father, hear, and forgive; restore in safety, that years future and afar to thee, the sacred demands my beloved country;…” (p75). A comparison of the slight differences between this speech and the speech above is recommended for study.

Is this kind of repetition a nod to Homer? or is Homer nodding? Certainly Albion is full of repeated words and phrases. “Father winter,” and “vermillion,” and “refulgent.”

In one nice bit of unity, Nelson is outgunned and being chased (“their vast superiority, their admired pursuit”). And what does Nelson do to get his men working faster (hoisting, or what have you)? He beings to “…harangue my brave crew, animate, inspire, recite celestial theme, ancient, worthies old,…” (p85). In other words, he recites most of the previous books to them! It’s a nice capstone to the piece, although of course it only comes less than halfway through.

Are books six through twelve just going to be Nelson’s career in minute but confusing detail? Is Nelson telling his biography to the angel, and if so, why? But I guess you could ask why he descanted on past ages in the first place. Talking about himself makes more sense.

I’m not going to lie to you: a lot of this poem confuses me, and I welcome help with the more difficult passages. (Reading Nelson’s wikipedia article is helpful.) Nevertheless, it’s clear from a twenty-first century perspective that Journal of Belles Lettres was too faint in its praise. This book reads like William S. Burroughs cutting up John Milton. It’s the Finnegans Wake of jingoistic propaganda. The jumbled outpouring of phrases is probably the closest you’ll ever come to experiencing Borges’s Aleph. And you can open it pretty much at random and be assured of stumbling across a beautiful phrase.

(My thanks to Osiris Oliphant for bringing this book to my attention.)

← The Perils of Vaccinations
Too Little, Too Late: The Kavanaugh Hearings →