The New York Times had an article reviewing the racist “OK” hand gesture, which I figure is a sign of the whole thing entering the mainstream enough that we should look at it now. I mean, we should look at what we’re doing now, in this unique moment when everything is dewy new and nothing is so contentious that we are unable to speak about it calmly.

Because a lot of what I’m going to say I’ve said before; but despite my painstaking and conclusive proof that certain words in the fairly recent past were simply not slurs, I’ve had a hard time dragging in the broader picture because people keep stepping in to correct me: “That has always been offensive and neither I nor any decent person would never have said that.” For a hot moment, at least, we can all agree that the OK sign has not always been offensive, so maybe we can get somewhere. 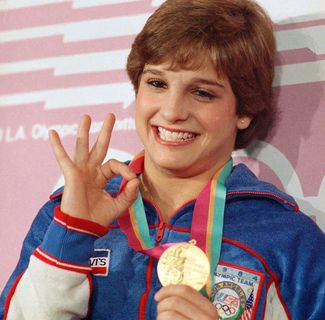 At some point in 2017, some Soldiers of 4chan, as they are called, decided to create a “hoax,” pretending the innocuous OK hand gesture was actually and secretly a coded white power sign. Soon the hoax “ceased being a hoax,” the Times, says, as though we were living through Foucault’s Pendulum, which is precisely the wrong thing to say. Actually, the hoax simply simply hoaxed us. It hoaxed us and continues to hoax us. 4chan has hoaxed the Times, which is weird because the Times started out saying, essentially, “I know this is a trick and I’ll never fall for it,” and then, one paragraph later, it is grabbing the joybuzzer while sitting on a whoopie cushion (or whatever).

4chan vowed to start “claiming that the OK hand signal is a symbol of white supremacy,” and some racists started playing along. Many (or most) racists eat apples, or drink coffee, or sleep in beds, or drive cars; just like the rest of us; some racists make the OK sign; just like the rest of us. And we decided—it did not just happen, spontaneously, like the weather, we did it, we willed it into being—we decided that 4chan was in charge. “I guess it turns out that the OK sign is a white power sign after all. Some racists have used it, and so great is their power that they have wrested it from us forever.”

But their power is not “so great”; they had no power and we handed it to them. “They are in charge of what our hands mean,” we decided. We chose. We willed.

This is far from the first time that the OK sign has been under attack. Here is just one article making the common (in some circles) claim that OK is a Satanic/Illuminati sign for 666. I remember in college someone claiming that out of cultural sensitivity we should all avoid making the sign because it is offensive to Brazilians. “Live your entire life as though an extremely humorless Brazilian might be around” is the kind of advice we gave each other in the ’90s.

We choose to attack the OK sign precisely because it is ubiquitous. “Hollywood, commercials, ads, magazine covers and music are filled with this symbol. Again if you think it is all a big coincidence, you really need to think again. The world is not what you think it is and the more you wake up, the more you will notice these symbols” is how our Satan-spotter, linked to above, puts it. There’s no point waking up to noticing complicated ninja hand signs, because you could go weeks or years without spotting one.

No one, though, has managed to taboo the OK gesture before. By which I mean, of course, that we did not choose to allow others to taboo our OK gesture before. “The question is,” says Humpty Dumpty, “which is to be the master—that’s all.” Is it weird that we chose to give pranksters and racists power over our meanings?

Handing over control of meaning, in a way Humpty Dumpty refused to do, to a group of outcasts—it’s not like this has never happened before. Nazis “stole” the hand-outward method of pledging allegiance from Americans (that’s why you put your hand on your heart now, patriots); but there were a lot of Nazis and they were very powerful. 4chan is not about to conquer Europe by force of arms. Consistently and enthusiastically turning over semantic power to an otherwise underpowered group is a decision we (my demographic) has innovated recently. Let’s see if we can figure out why.

There’s a long tradition of “reclaiming” slurs. The New York Yankees and Dykes to Watch Out For are just two examples. I’ll use yankee as an innocuous example: By embracing the label yankee, Americans took power away from their enemies. They reduced the amount of power in the system. I’m not blind to the fact that reducing your enemy’s power can be modeled at increasing your own power, but the simpler model is just this: now no one can harm another with the word yankee. There is less harm, less, power, less control in the world.

Such a plan will not do for us nowadays. We choose to give our enemies power, which sounds foolish, and perhaps sometimes is, but the idea is that we, too, will gain something thereby.

We can see what will happen by what has happened before. We will decide that something is offensive. We will tell some people. Then we will hold everyone accountable for the decision we have made, while indulging in the fantasy that the offensive thing has always been offensive. We will rewrite our memories, the way your parents did when they claimed they were always in favor of gay marriage. Remember here, where we pretended that the word oriental has been offensive since 1917. We just make it up. We will do this for OK. It’s how we work.

And once we do it, we will have the power. People who do not read the New York Times, who are not in our demographic, will be in constant danger of accidentally using a symbol, a perfectly ordinary symbol, and once they do they will be at our mercy. In this way we increase the power in the system. We give THEM power over OUR meaning, and in return WE take power over THEIR lives. (These two THEYs may represent different individuals, but from OUR point of view, who cares?)

The fear and ill-will generated by our attempts to control “who gets to make what hand gestures when” will, of course, bolster our enemies’ ranks. We know this, and accept it. WE and THEY are in a dialectical relationship, and THEY could scarcely exist with US, any more than WE could exist without THEM. How would we know who we are?

Remember last week when Trump got mad that guards weren’t roughing up a protester? What did he say? The fool guards were being “politically correct.” Trump is an idiot in a lot of ways, but not in this one; he knows that his base views political correctness with fear mixed with disdain. We know it too, and although we may beef, sometimes, that they have misunderstood what political correctness is, or should be, although we beef, sometimes, that political correctness is a right-wing invention, we know that the more WE attempt to control THEIR language, the more THEY will be opposed to US; and then THEY will behave outrageously to offend US, and WE will react with more attempts to control, and the dialectic spins forward, making everybody happy. For that very specific meaning of everyone, which is no one. 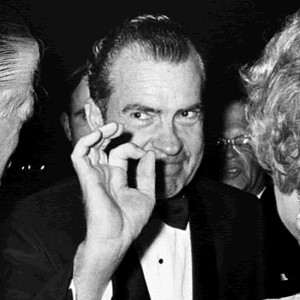 Who knows what might be tabooed next? Stay tuned, keep current, and maybe you’ll get to learn before it’s too late! What fun!

← We Have No King but Caesar
That Foul Storm part 2 →